Blues Arrival: Stories of the Queer Black South and Migration was founded by editor-in-chief Audacious IAM.  Volume 1 of Blues Arrival of was co-edited by writer, artist and educator Shampale Williams of Pr3ssPlay Poets.  The stage production of Blues Arrival was directed by artistic educator and director, Mona Webb of Lyrical Minded415.

Shampale Fenessa is the author of Alphabet Love. She is published in Souls of My Young Sisters, a collection of essays about empowerment for women by women. Shampale attended undergrad at Voorhees College, a private historically black college (HBCU) where she reigned as Miss Voorhees College 2009-2010 and a graduate of the Mills College MFA Program (2013). She is a middle school English teacher. 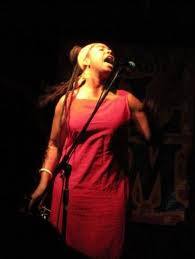 Teaching Performance Artist Ramona “Mona” Webb serves as the Executive Director of the Eden LGBTQ Youth Foundation. The mission of the Eden LGBTQ Youth Foundation is to serve as a community, cultural and funding source for gay, lesbian, bisexual, transgender and queer youth in the Greater Bay Area through grants, scholarships and initiatives. Mona Webb also serves as Artistic Director of Project ABLE and Lyrical Minded415, which is an Art Based Learning for Equity seasonal course implemented in various San Francisco Bay Area school districts. For the past nine years Mona has served as Slammaster, Coach and Host of San Francisco's The City Poetry Slam, and has been performing on the national poetry circuit for over a decade.

Webb serves on the host city committee that produced the National Poetry Slam Festival in Oakland in 2014 and 2015. She was honored to be nominated to host the 2014 festivals final production at The Scottish Rite Auditorium. Ramona curated and hosted this year’s National Poetry Slam Stage at the Art & Soul festival in Oakland. Mona is a conservatory trained artist who writes and performs in “docu-ritual- drama theater and is currently the Director of the production of The State of Black Bodies by The Pr3ss Play Poets. Mona Webb’s recent Queer event hosting appearances include Eden Pride Events, Five Ten Events, Social Life Productions, Oakland Pride’s Main Stage, Oakland Prides Women’s Stage, San Francisco Prides Women’s Stage, Spectrum Queer Media events, Revolve and Queer Fashion Week. Mona seeks to create new platforms for all avenues of artistic expression in all that she produces.

"why not be fearless..... being scared has been done before" -Audacious IAM 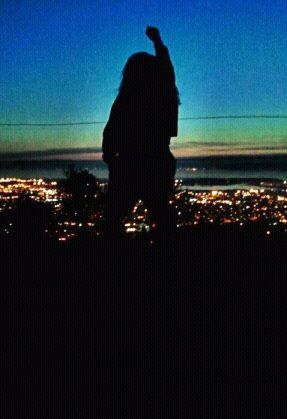